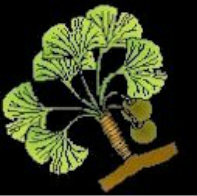 A little about The Artist

The artist was interested in art, especially watercolours, from an early age.  However, he did not begin to produce various types of art seriously until after retirement in 1986 and following the completion of courses of instruction, mainly in evening courses at the University of British Columbia (Continuing Education), Vancouver City College (Langara Campus), Simon Fraser University (Harbour Centre) and Vancouver and Richmond Night Schools.  He received awards for watercolour paintings in exhibitions in Vancouver,  White Rock, Prince George and Quesnel, and has had several paintings accepted for juried exhibitions in Vancouver,  Richmond, Burnaby (Simon Fraser University), Delta and White Rock.  He was a founding member of Artists in Our Midst (West Point Grey Division) in Vancouver, and was a member of the Community Arts Council of Richmond in Richmond and the South Surrey and White Rock Art Society in White Rock.  He regularly contributed paintings in it’s exhibitions in White Rock.   He worked in his private studio in White Rock until his recent death in 2018 at 97 years old.

Robert Scagel worked with watercolours, comprising both western and Asian (Chinese brush) styles. His work emphasizes landscapes and botanical subjects. He also worked in acrylics and mixed media and produced numerous objects in papier maché, including a variety of masks and heads.  He used many of his original art works on cards. His more recent work in MIXED MEDIA emphasizes three-dimensional aspects with backgrounds in watercolours or acrylics and uses layering, various artefacts mounted on doweling and with string or thread.  Some have elements painted with glow-in-the-dark paint and 0thers use holographic paper.  These three dimensional creations are framed in deep wooden “shadow boxes” (1-1/2″ to 2-1/2″ deep).

Links in the menu will take you to different  showcases of the art (RECENT WORK, MIXED MEDIA, ASIAN INFLUENCE, NATURE, etc. ). Images of the artwork are displayed in an automated slide show or can be manually displayed by selecting the thumbnail images of the artwork. Within each showcase artwork is displayed chronologically with the oldest first (left end) and the most recent last (right end).